The Road Less Travelled: An Apprentice of the Year’s Journey With more than 2000 apprentices training with the MTA Institute, it is a tremendous achievement to be named as the MTA Queensland Apprentice of the Year. It is an accolade that recognises an apprentice who has the passion, skills, and enthusiasm for the job, who has put in the hard yards to learn and succeed, and who has the desire to make a mark on, and be a leader in, our industry. And it’s an award that can also open a lot of doors and lead to a world of truly valuable opportunities for those willing to walk through.

Take the case of Elliott Lemmon who, as a 19-year-old, third-year light vehicle apprentice, was named Apprentice of the Year in 2017. In the four years since winning the award and becoming a tradesman, Elliott has had, to put it mildly, a busy time filled with memorable experiences.

Through his association with MTA Queensland, Elliott was able to satisfy a passion for motorsport – first as a member of MTA Queensland’s Racing Team and then, thanks to his Apprentice of the Year win, two weeks of work experience with the renowned Triple Eight Race Engineering Supercars team (an experience that is, incidentally, available to this year’s Apprentice of the Year winner too).

But that was just a taster of where this determined young man’s career would take him over the next two years through 2018 and 2019.

Early in 2019, Elliott, then 21, was awarded a scholarship from the Queensland Overseas Foundation (QOF) – a scholarship founded via a partnership between QOF, MTA Queensland, the Heavy Vehicle Industry Australia, the Institute of Automotive Mechanical Engineers and the Construction & Mining Equipment Industry Group – which offers graduates in the Queensland automotive industry the chance to work abroad with the help of a $7500 scholarship.

Elliott travelled to Asia to work with the team in China, working on one of their vehicles in the Blancpain Asia Series.

“My time with Absolute Racing was absolutely mind blowing! I learnt so much about the whole operation,” Elliott told Motor Trader in 2019 following his stint with the team.

“I had to learn what it takes to move multiple purpose-built race cars around the world and have them be competitive on the track. From maintenance to repairs, to setting up the car with engineers, to performing pit stops during races. I did it all.

“I also worked with most of the Audi Customer Racing side, and they were unreal at making split-second decisions and making things happen. I am very grateful for the experience.”

Toward the end of 2019, Elliott decided to set his sights even further afield and made the move to Vancouver in Canada. Arriving at the start of 2020, he scored a job with the Parkshore BMW dealership in North Vancouver and had plans not only to explore the country but move back into the workshop to experience the mechanical trade from another perspective. 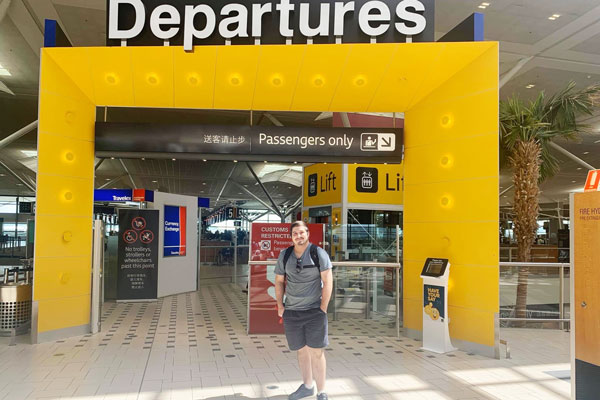 As you have probably guessed, the timing of Elliott’s move to Canada was not the best. Within weeks of his arrival, COVID-19 began its sweep across the world.

“I arrived in Vancouver on February 25, 2020, and I was full of ambition and hunger,” he said. “I wasn’t sure what I was going to have to face, but a pandemic was not what I expected!

“I started with BMW in March 2020. I had been applying for jobs at every high-end automotive shop I could possibly find and in just under three weeks I had a house to live in, a car, and a good job, and then Vancouver went into a COVID lockdown.

“At first it was very scary, not knowing what was going to happen or when it would be over, but Canada has been a good place to be during the pandemic,” he added. “I was frustrated that I couldn’t be doing more but I also realised I’m very lucky in comparison to some.

“When I started with BMW, I was part-time, but we were lucky to be one of the busier dealerships during that period. And while we have had restrictions – and actually there is a mask requirement at the moment – the rules have allowed us to do a lot of things just with social distancing.

“As for the job, I have been slowly getting through BMW training and aim to become a certified BMW Technician. I think it’s an important achievement and I can take that experience and knowledge anywhere in the world.”

While he is focusing on the workshop experience and learning the ropes of working with high-tech BMW machines, motorsport still features heavily in Elliott’s life and future plans.

“I have made friends with a local team called Speed Fanatics and I have been working with them on race weekends and open track days,” he said.

“They have multiple open- and closed-wheel race cars for grassroots racing and just recently I started taking care of a Lamborghini Super Trofeo GTO, which is a 2013 Gallardo built only for the track. It is just like the cars I worked on with Absolute Racing in Asia, just older and simpler.

“I have also pursued my passion for drifting and did buy a 350Z to take part at track days. I have since moved on to a G35 sedan which has a 350Z engine and suspension, has a welded locked differential and a crazy front arm suspension kit allowing my front wheels to turn up to 70 degrees!

“I recently tackled my first drift competition and did pretty well. My goal was just to qualify and be consistent and though I was knocked out in the first round, I did nearly beat a guy who had been drifting for a long time. I plan on using that car to travel the USA and go to all my favourite tracks and drift with people who I look up to in that community. 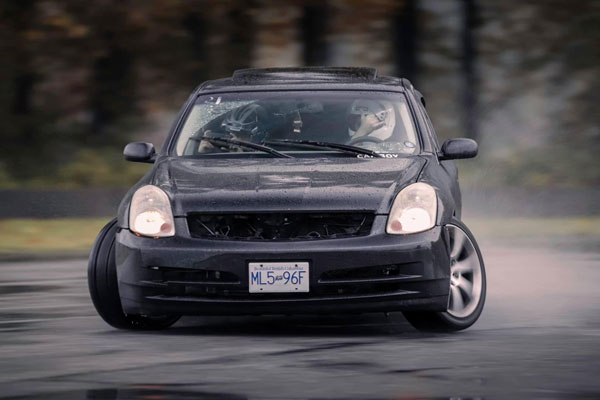 “Another avenue I am interested in is stunt driving, I have met many stunt drivers in the drifting community here, some of whom are Australian, and I would love to learn more about that.”

Also on the cards is the modification of a 1998 Porsche Boxster soft-top. Bought partly to race and partly to highlight his skills, the Boxster project should be a valuable showpiece for Elliott.

“Over the winter I do plan on building it into a ‘spec’ Porsche to be able to run in events here,” he said. “It will have a hard-top conversion, a roll cage, and the suspension, wheels, and brakes will all be upgraded to handle circuit racing abuse.

“I’ll be doing the project with Gary, the owner of Speed Fanatics, and it will become a showcase of my work. It may be cheap, but it’s a mid-engine Porsche and it’s in the league of cars that I want to work on.”

It has been a pretty packed couple of years for Elliott. He has moved to a new country, found work, settled in, is chasing the motorsport dream, has travelled as much as lockdowns and restrictions on movement allow during a pandemic, and has bought, as young car enthusiasts are wont to do, a heap of cars (he has also owned a 2011 Subaru WRX hatch and a 2003 chevy Silverado with 500,000kms on the clock) in his short time in Canada.

Even with all that plus the pursuit of qualifying as a certified BMW technician, there are more plans to be pursued, and as the concern over COVID-19 begins to wane and the world begins to open back up, those plans are once again on his mind, with even a return to Australia and Queensland on the cards . . . eventually.

“Currently my work permit ends at the end of February 2022,” he said. “I have chosen to extend my stay just because flying is still questionable and I have missed out on nearly a year of normal life due to the pandemic.

“Once my work permit is extended, I will be able to leave the country without too much of an issue coming back and a big part of my dream is to travel to the USA and potentially work there too.

“Having said that, and while I have loads of things to achieve here in Canada, Brisbane will always be home, and I will return one day.”

Looking back at the four years that have passed since winning the Apprentice of the Year award, Elliott still can’t quite believe where his career has taken him.

“It has got to be the most insane thing I have ever experienced,” he said. “I look back now and realise I have matured as a tradesperson and understand the world a little bit more. I have met people who could be lifelong friends, made contacts from the other side of the planet, and have grown way more confident than I ever would have in Australia.

“The scale of what I’m doing feels huge, and if I can push anyone to chase the same thing, I would say the end result is definitely worth it!” 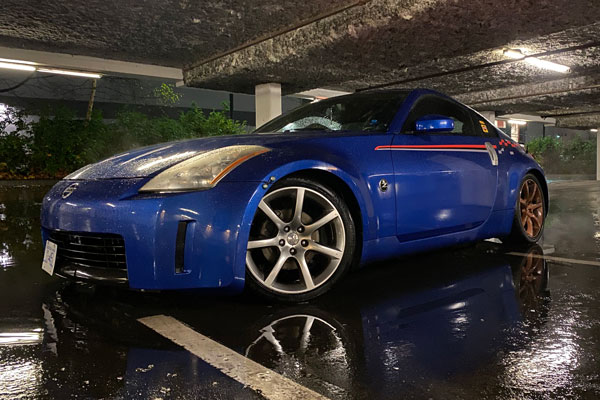 How Do I Service an Electric Vehicle?
Scroll to top