All Electric and Plug-in Hybrid Vehicles require a source of AC (Alternating Current) or DC (Direct Current) power to recharge their batteries.

The power is usually supplied from the power grid, and in Australia residential charging is usually sourced from a 230V/240V single-phase 10-amp socket. Although there are variants such as 15A outlets and other specialised industrial applications, most vehicles will be connected to a 10amp socket in the home environment. In this case the power available to charge the vehicle is limited to 240V x 10A = 2400 Watts.

Electric vehicles are usually supplied with a charger that has a wall socket on one end and a vehicle plug on the other end. In addition, the vehicle will most likely be supplied with another charging lead to allow connection to a fast charger.

Ok, so nothing you didn’t already know here. But maybe we should take a deeper dive into charging connections and how they work?

A hardwired single-phase charger can provide much higher levels of power than connecting to a standard 10A domestic socket. The exact amount of power available will depend upon the individual premises and grid connection. However, increases in power availability up to around 7.2kW can be achieved with a single-phase connection.

To supply the higher levels of power required for even faster charging, a three-phase connection is required. It’s worth noting at this point that a three-phase connection could be wasted when charging some PHEV’s (plug-in hybrids) and EVs since they are not capable of taking a higher rate of charge, so a hardwired single-phase charger may be sufficient.

Due to the complexity of the equipment and the amount of power needed, DC fast chargers are rarely found in residential premises. Most EVs have an on-board charger that rectifies AC from the mains grid and then provides DC to charge the batteries. Cost and thermal constraints will limit how much power the on-board rectifier can handle. For charge rates exceeding around 240V/30A, it is better to have an external charge station provide a vehicle with DC.

Power limitation when charging from a DC fast charger is more likely to be constrained by what the vehicle can accept rather than the supply side.

There are a number of options available to manufacturers when designing a vehicle. Some cater for single-phase, three-phase and/or DC fast charging. The type of connector used will depend on the EV manufacturer, country of origin etc. I will describe the operation of the Type 1 or SAE J1772 connection in some detail. Other connectors will employ similar protocols to satisfy safety and operation requirements.

The Type 1 plug is a five-pin design used by Mitsubishi and some pre-2018 EV’s. It is the plug standard in North America and Japan.

The three remaining pins are used as AC lines for charging and a line to ground.

Safety
The J1772 standard includes several levels of shock protection which is essential since vehicles will be recharged in a range of conditions including wet weather. When not connected, there is no power at the pins. Power is not present at the pins until commanded by the vehicle.

Figure 1 shows the charging connection of a Mitsubishi Outlander with J1772 and CHAdeMO connectors. 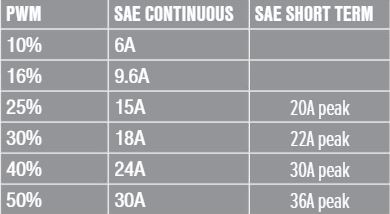 When opening the release actuator, a 330Ω resistance is added which gives a voltage shift on the line to allow the EV to initiate a controlled shut-off prior to disconnection of the charge power pins.

IEC 62196 mandates the Proximity pin is also used to indicate the cable capacity.

The CHAdeMO Association was formed by the Tokyo Electric Power Company, Nissan, Mitsubishi and Subaru. Toyota later joined, followed by Hitachi, Honda and Panasonic. CHAdeMO research and development started in 2005. The aim is to develop a public infrastructure of EV fast charge chargers which will enable people to drive EVs without the worry of battery range.

CCS has two variants using Type 1 and Type 2 AC plugs. This standard is used by Volkswagen, BMW, Ford and Hyundai.

Just about all modern EV’s offer scheduling via the infotainment system to allow charging to take place at specific times which allows a driver to take advantage of
off-peak electricity rates.

As mentioned earlier Tesla uses proprietary protocols which prevents others from using their public chargers although this could change sometime in the future as it would be relatively easy for Tesla to make an adapter allowing other protocols to connect.

As supporting infrastructure in Australia improves, it will be easier to achieve such a scenario as most EVs have the capability in their infotainment system to provide charging station locations, battery range etc.

To maximise efficiency, it will be important to keep vehicle databases up to date so that all charging locations are included. In some countries, demand for EV chargers has outpaced infrastructure growth and a penalty fee is applied if an EV is left plugged in after charging. This encourages drivers to move their vehicle so that another vehicle can be connected to the station.

In conclusion, while there are numerous charge connector types, similar safety considerations and vehicle compatibility protocols must be met to achieve satisfactory EV charging outcomes. The challenge for EV infrastructure design and support, is to ensure that we have adequate numbers of charging stations in a range of locations to support the foreseen growth of the EV market.

Until next time work safe and take care.

Apprentice Wages To Be Subsidised By 50% Through Federal Government COVID-19...
Scroll to top