Over the last couple of months, I have discussed batteries/accumulators or, as they are also called, Energy Storage Systems.

This month I want to look at electric motors. 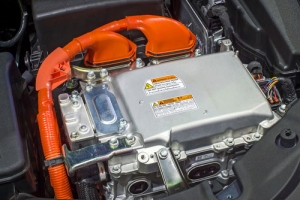 How do electric motors work?
Electric motors convert electrical energy into mechanical energy. They do this by creating a magnetic flux between the field winding (current-carrying coils) and armature (that rotates the shaft), which causes the fields of both to repel each other (like poles repel, unlike poles attract).

When current flows through the winding, this increases the strength of the magnetic field and, in doing so, increases the torque of the motor.

Permanent magnet motors use reduction gearing to achieve the torque output – current only goes through the armature causing it to turn by repelling against the permanent magnets’ flux.

Electric motors can have iron stators (stators do not move like in an alternator) or an armature which does rotate. Both of these can suffer from eddy currents.

Thanks for reading, and I’ll catch you in the next edition of Motor Trader, in February 2019. In the meantime, have a great Christmas and New Year.
Paul Tugwell