Queensland’s automotive peak industry body, the Motor Trades Association of Queensland (MTA Queensland) is excited for the MTAQ Racing Team to line up for the second year in a row in the fast and furious world of motorsport. 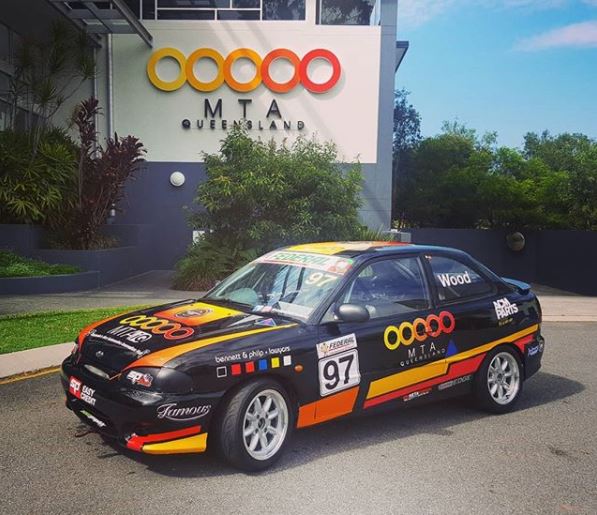 Led by director and driver David Wood, the MTAQ Racing Team sadly ended 2017 in a smoke storm (in the form of a blown-up engine on the final lap of the series) while sitting up the front of the pack. But, after a full engine rebuild, the team continues their battle at the grassroots level of the sport, contesting the 2018 Hyundai X3 Series Championships.

Racing wouldn’t be possible without the support of a crew of young, passionate apprentices who have volunteered their time and skills to prepare the car and work in the pits for all the rounds of racing. Guided by a wealth of experience and knowledge from MTA Institute trainers, the MTAQ Racing Team is back in 2018 and is gunning for the checkered flag.

The crew consists of:

Elliott Lemmon, who is completing his fourth and final year in a Certificate III in Light Vehicle Mechanical Technology at Greg Tunstall Mechanical in Ormiston.  Elliott who was part of the MTAQ Racing Team in 2017 also won the 2017 MTA Institute Apprentice of the Year and completed a two-week placement at Triple Eight Race Engineering satisfying his love of motorsport with from grassroots level right to the high-end.

Gerard Field, who is a first-year Light Vehicle Mechanical Technology apprentice at Southport’s Sunshine Volvo. Gerard who was part of the MTAQ Racing Team in 2017 said, “I jumped straight in when I heard the MTA Institute was putting together a support team. This can open doors for me and I’m very excited to be a part of it for a second year running.”

Cameron Howieson, who is completing a Certificate III in Light Vehicle Mechanical Technology at Mercedes-Benz Toowong. Cameron said, “I have had a passion for motorsport since before I can remember. I grew up attending car shows and track days with my father and I always knew that I wanted a career in the automotive industry. I first heard about this opportunity last year through my trainer, and I set a personal goal for myself to join the crew for the 2018 season.”

St George mechanic, William Salmon, who is dual qualified in Light Vehicle and Heavy Vehicle Mechanical Technology at Maranoa Mechanical. William offers a great deal of experience and insight into the team and joins the crew for the second year in a row.

Marcello Riotto, Operations Manager for the MTA Institute said, “The enthusiasm and passion that these young men have shown has exceeded all expectations. They are an incredibly reliable, dedicated team and their ability and desire to get involved in all aspects of the car’s preparation is really admirable.”

Their hard work will pay off when racing commences at Morgan Park Raceway in Warwick and the boys hope to see the car finish at the front of the group. This year’s calendar also includes a special exhibition event, Hi-TEC OILS Bathurst, on 30 March – 1 April  2018.

“Their love of motorsport is evident, and this venture is a perfect stepping stone into the racing world. These boys deserved to be recognised for their contribution and this racing team wouldn’t exist without them.”