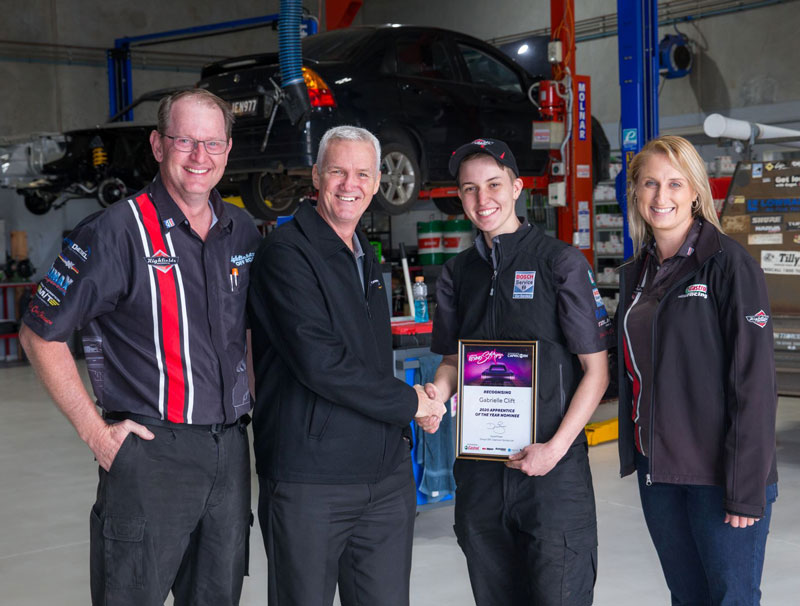 Third-year MTAI light-vehicle apprentice Gabrielle Clift has been named the top-performing automotive apprentice across Australia and New Zealand after taking out the 2020 Capricorn Rising Star award.

In a monumental achievement for the young apprentice from Highfields Mechanical & Offroad in Highfields, Toowomba, Gabrielle beat out a field of more than 250 of the most talented apprentices from across Australasia to take home the award.

Upon learning she had won the award, Gabrielle said she was ecstatic.

“I am very humbled and honoured to receive this award. I’d like to congratulate all the other hard-working and deserving nominees who are forging a career in automotive,” said Gabrielle.

The Capricorn Rising Star award was established to recognise high-performing apprentices in the automotive industry who show initiative in the workshop, eagerness to learn and a commitment to the auto industry. The award aims to promote the excellence achieved by up-and-coming apprentices to attract the best talent to the industry and retain high-performing individuals.

Now into its third year, Gabrielle is the first female to take out the Capricorn Rising Star award.

Having overseen Gabrielle’s development since she arrived at Highfields to undertake a light-vehicle apprenticeship, Highfields owner Craig Baills heaped praised on the apprentice, saying she had established herself as an important member of the Highfields team.

“Gabby has an attitude that cannot be taught and a work ethic that is rare. She is an integral part of our team and an employee that improves the performance of those around her,” said Craig.

With the Capricorn Rising Star award in the trophy cabinet, Gabrielle will now look towards the MTAI Apprentice of the Year Award, where she has been nominated after receiving the Apprentice of the Month award for December 2019.

The 2020 MTAI Apprentice of the Year will be announced this year at a special hybrid event on 16 October.