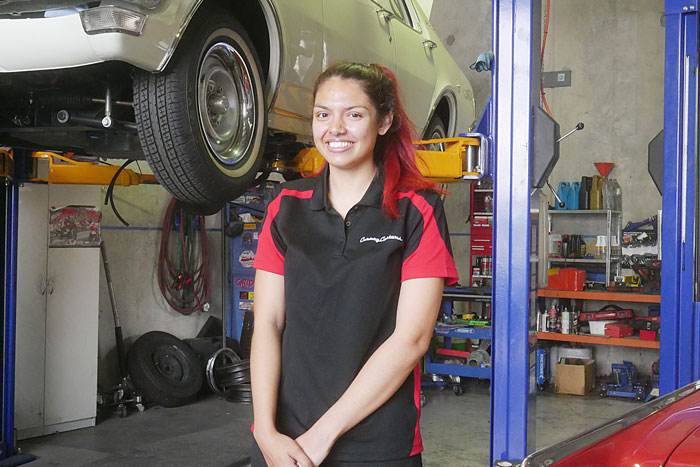 Social media gets something of a bad press these days. However, while the comment sections of political, sport and celebrity gossip posts can be a graveyard of unpleasant, and often anonymous, nonsense, social media platforms have also provided a positive outlet for people to share important life moments and entertaining and uplifting stories, and enabled businesses to forge new and positive channels for their products and services.

For those who are truly enthusiastic about a particular thing – be it music, films, photography, pretty much anything really – social media can also be a great way to share that passion with like-minded souls. And no matter how niche that ‘thing’ may be, there will likely be plenty of people out there equally fascinated by it.

For Anisha Page, that ‘thing’ is the Holden Torana and at just 18 years of age, the light vehicle apprentice with Currey Custom and Mechanical in Yatala, south of Brisbane, already has 3200 followers of her ToranaRama Instagram page, with that number growing fast. 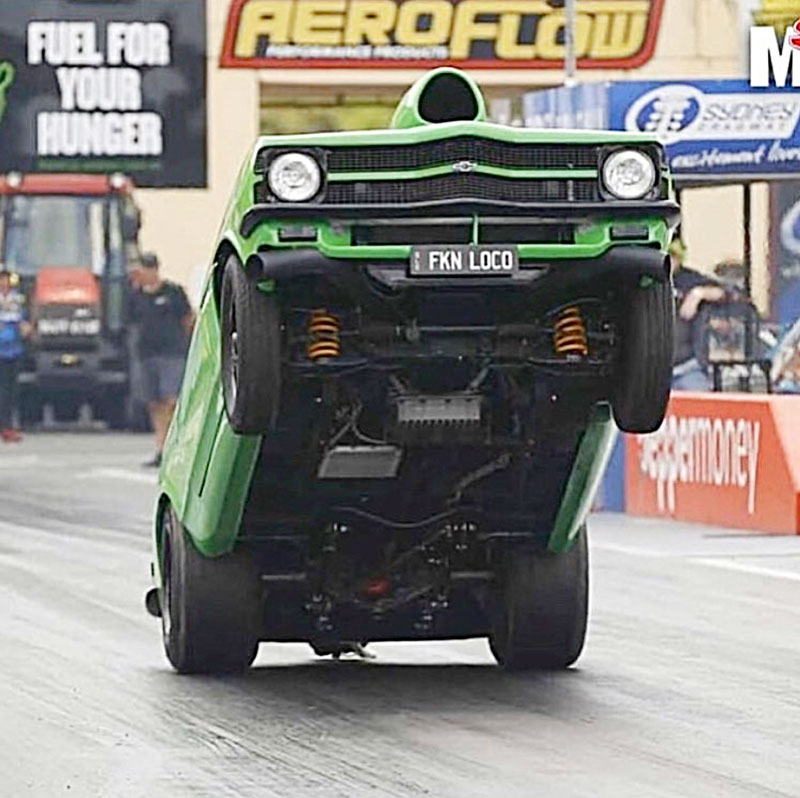 While Anisha is of the generation known as ‘digital natives’ – that is to say those born and brought up in the era when digital technology is the norm and an everyday feature of life – she wasn’t sure what the reaction would be when, at the age of just 16, she branched out from the standard personal life stuff so many of us might put on social media and began presenting her passion for Toranas to the wider world.

“I had been going to car shows and taking heaps of photos and I was wondering just what I was going to do with them all,” she said. “I didn’t know how it would go when I decided to start the Instagram page and I was a little bit nervous because there are a lot people who can be quite rude and don’t really understand women who like cars. However, I just thought I would share my passion and hope people would like it.

“And it did take off quite well. I reached 1000 followers at the end of last year and after I went to Summernats this year, I gained another 2000 followers pretty quickly.”
It is worth noting that Anisha’s ToranaRama social media presence on Instagram – and now Facebook too – is not just limited to static photographs.

Her posts highlight her passion for the Torana but include other classic cars, and there are also interviews with car owners, posts shared from other enthusiasts, as well as videos from the car shows and events she attends. 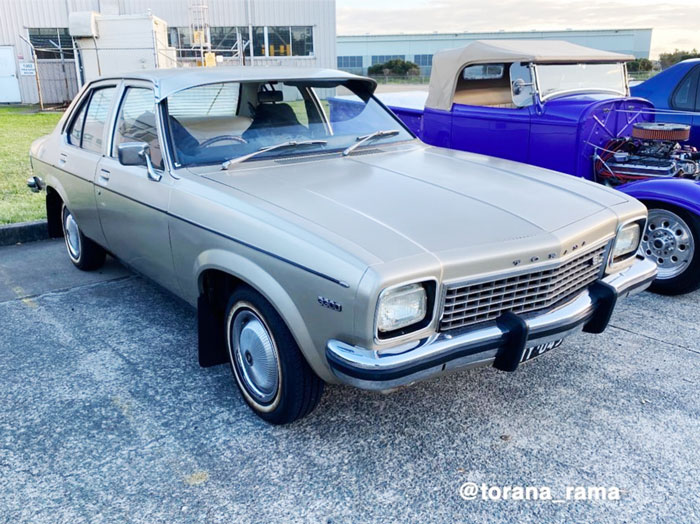 “I try and post every day and when I go to shows I do live stream videos that are saved so people can watch them later,” she said. “And while I love Toranas, the pages are broader than that with lots of classic cars – from old Holdens and Fords to older American muscle – and I do love to talk to the owners of the cars. For example, I posted a story last year of an older couple who restored an LJ Torana that had belonged to their son who had tragically passed away. The response to that story was incredible and it is very cool to get those stories out there and share them.

“While I am not a member of a Torana club – you kind of need to own one! –I am lucky to know groups such as the Torana Appreciation Club on the Sunshine Coast and I go to a lot of their runs and meets and keep in touch with them.”

So why would Anisha focus her social media efforts on the Torana – a car that went out of production in 1979, more than 20 years before she was born?

The answer to that question also partly answers the question as to why she has looked to the automotive industry as a career, and it goes back a few years to when a very young Anisha would accompany her dad to the drag racing track.

“I have always been into cars – dad is a mechanic and boilermaker and had his own mobile business, and I would sometimes accompany him on jobs – but the main thing that really clicked it for me was when I was about 6 or 7 and dad said to me, ‘You have a choice. You can come with me and your uncle to the Winternationals, or you can go shopping with your mum and auntie’. I went with dad!

“After that, you couldn’t drag me away from the track. That was a pivotal moment for me and now drag racing is in my blood. And my love of Toranas comes from drag racing. Lots of people choose to run them – they are small, light, the power-to-weight ratio is good – and when I saw them at the track I was always asking my dad ‘What’s that?’.”

Incidentally, that passion for drag racing has led to some incredible experiences for Anisha. Those regular trips to the Winternationals as a young fan would lead to fantastic opportunities – notably securing her drag racing licence and working regularly with one of Australia’s top teams, Zappia Racing, with whom she teams up when they come to Queensland and for whom she raced at the Western Nationals in Perth a couple of years ago.

Not surprisingly, drag racing is an area of motorsport in which Anisha would like to be involved to a greater extent in the future. Right now, however, she is just a handful of months into the first year of her apprenticeship, and the apprenticeship at Currey Customs, and that is, she said, just where she wants to be. 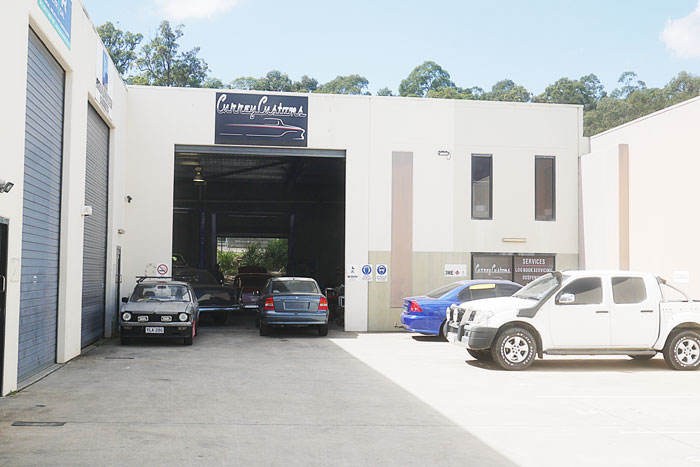 “I started my apprenticeship in April and Currey Customs is a brilliant place to learn your trade as we do a broad range of work on classics to modern vehicles,” she said. “Personally, I wouldn’t be able to work in a normal dealership because I have such an interest in older cars and high-performance vehicles, so it is such a blessing to work here and be able to have the dynamics of both. When I come here, it doesn’t feel like a job – I’m working, I’m happy, and I’m learning.”

While the training and the work means Anisha is not, as she says, ‘sitting on social media as much as I was’, the effort to build her following and share her passion will continue apace, and there is a public-spirited edge to her thinking now – and a consideration of how her growing influence might benefit others.

“I am just on Instagram and Facebook at the moment, but I may expand into other channels if I find I have more time,” she said. “While I don’t have a Torana yet – I would love to have a LJ GTi XU-1 – I am currently rebuilding the transmission on my 1975 HJ station wagon and I do think that videoing the building of cars is something that people would find interesting. So, I might do that.

“But the main thing I have gained from social media and from creating these pages is that I think I can be a role model for others – to meet young women and girls who are in the position I was in, and instead of them hearing ‘Oh, she’s a woman, she doesn’t know anything about cars’, it will be, ‘That’s awesome. Keep going with whatever it is you’re passionate about’.

Media-savvy, passionate in what she is doing, sharing that passion on social media, loving her job, keen to learn, and with long-term plans to race drag cars and build her own ‘street-and-strip’ drag car . . . Anisha is a brilliant young ambassador for the automotive industry.

Get online and follow ToranaRama and let’s watch where all that passion and energy leads.