The Motor Trades Association of Queensland (MTA Queensland) held their 2019 Industry Awards Dinner on Saturday the 16th of November which celebrated the achievements of members and apprentices throughout the state. 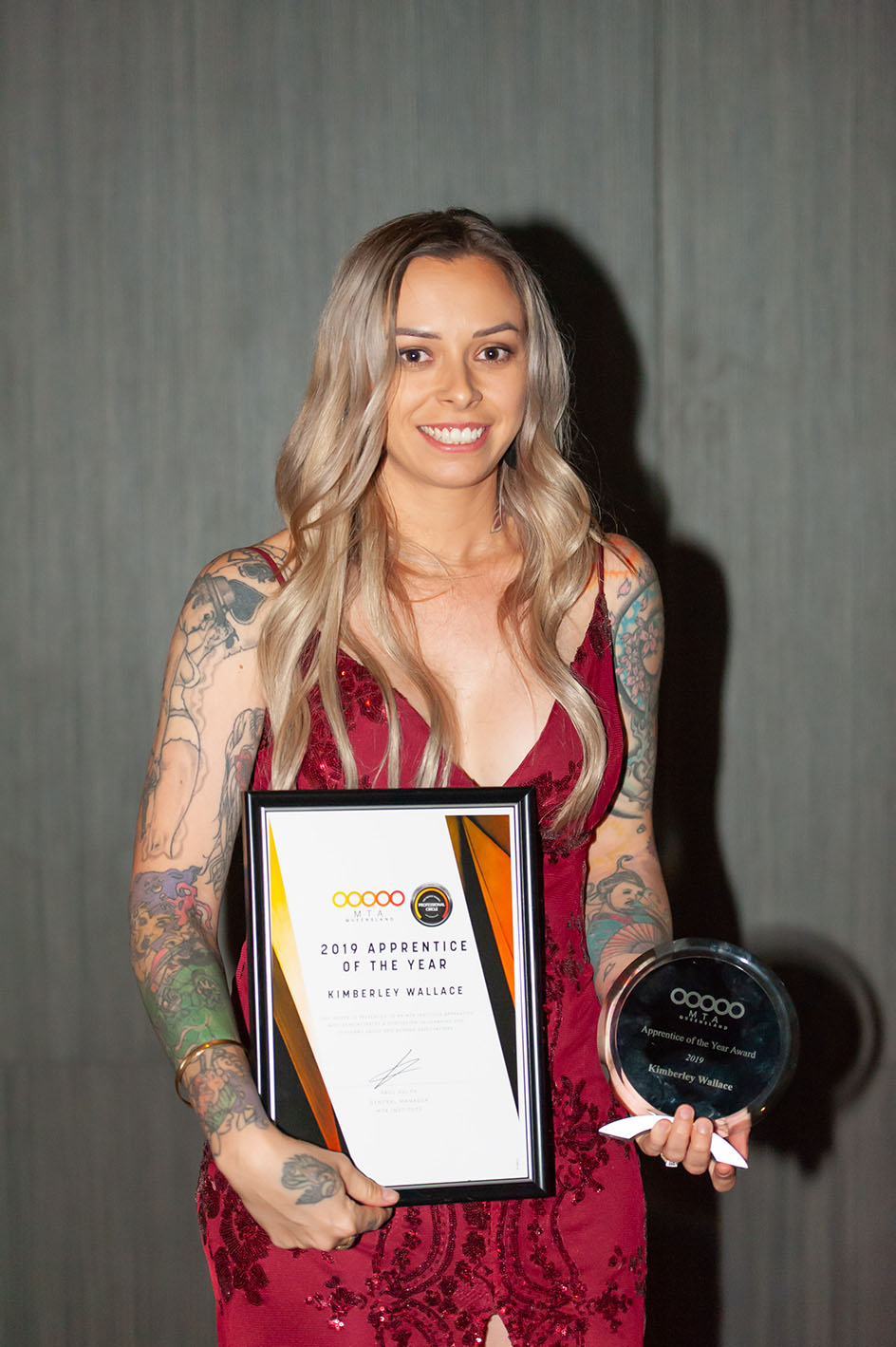 The highlight of the night was the announcement of the prestigious Apprentice of the Year award; a title that is bestowed upon an apprentice who demonstrates a dedication to learning and performs above and beyond expectations.

MTA Queensland was thrilled to announce Kimberley Wallace from Morgan Motors in Emerald as the 2019 Apprentice of the Year. Kimberley who recently completed a Parts Interpreter Apprenticeship through the MTA Institute (RTO31529) was a standout amongst her peers and was well deserving of the award.

“MTA Queensland is very proud to have announced Kimberley as the Apprentice of the Year,” said Dr Brett Dale, Group Chief Executive.

“She was an exceptional apprentice and achieved 100 per cent in her final assessment on merchandise products; she is only the third person to do so in many years.

“Kimberley is a role model for young women in the automotive industry and I have no doubt she will achieve a great deal in her career.”

And for Kimberley, the announcement came as a happy shock.

“I really didn’t expect to win, but it’s an awesome accomplishment and I’m so happy,” said Kimberley.

“You don’t see a lot of girls working in the automotive industry and I hope that by winning, it will encourage more females into the industry.

“I think they are out there and want to do it but are a little bit scared. But if boys can do it, we can too!”