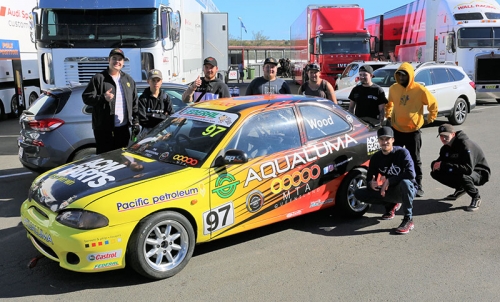 Ten students currently undertaking MTA Institute’s Certificate II in Automotive Vocational Preparation had an experience to remember when they were taken on a field trip to Ipswich Raceway to watch the Shannons Nationals Round 4 event.

After successfully getting through week one of the five week pre-vocational course designed to give students a comprehensive set of skills as a basic introduction to the automotive industry, the cohort embarked on Queensland Raceway bright and early to see the MTAQ Racing team led by David Wood compete in the Hyundai Excel Queensland Championships.

It was clear that the trainees had grown up with a passion for car racing, and they were buzzing with excitement as they walked down pit lane past cars with names like Russell Ingall, Garth Tander and Jason Bright on the sides, names the group had grown up watching on TV in the V8 Supercars.

The trainees were left gasping as some of their favourite cars took to the track to show off their speed and power in an action-packed day of racing. From Holden Monaros to Porsche Carreras, to the brand new S5000 race car, the day had something for everyone.

While the day was about getting out and celebrating the completion of a successful week, class was still in session and the cohort was greeted to a spontaneous lesson from the team at Michelin tyres, who took them through the ins and outs of the logistics of a race weekend from the tyre providers perspective.

The trainees were fascinated as they watched the Michelin team strip and change the treads of the tyres, while it was explained to them that each race team has their own unique barcode attached to each tyre to ensure teams are only using the tyres allocated to them.

This was an important process, as the trainees learned teams are only allowed two new sets of tyres per weekend. The set used in practice are the same ones used in the last race of the previous race meet, with the new sets only allowed for qualifying and racing.

With the trainees having grown up watching V8 Supercars and Formula one’s burn through multiple sets of rubber per race, they were fascinated by the strategic side of the racing they were watching. The shorter races of approximately 30 minutes each meant no need for pit stops, and with the cars not quite reaching the 300km/h of a V8 Supercar, the tyres provided could handle an entire race without needing replacing, according to the Michelin team.

This was pointed out by the trainees to the delight of the Michelin staff, after they expertly noticed the wheels were shaped differently to a V8 Supercar and were fastened more securely to the car. This alteration lowered the risk of a wheel flying off but did mean the difficulty and time it took to remove the wheel was much greater.

While the tour of Michelin tyres was only brief in length, the pre-voc students walked away with a tremendous amount of information that only those in the racing industry would be aware of, and the look of concentration was evident as the trainees left the Michelin truck with their brains in overdrive processing the information they had just received.

The tour was particularly special as many of the students in attendance dreamt of a career in the racing industry, an industry that is tough to break into.

Following the tour at Michelin, discussion soon turned to careers in racing, and the group listened to the story of MTA Queensland’s 2018 apprentice of the year, Jack Goodrich, and the opportunity he received to work at triple-eight racing for two-weeks on the teams V8 Supercars recently.

This appeared to motivate the pre-voc students even further, knowing the opportunities are available if they put the effort in and continue their education.

For aspiring engine mechanic, Tylor, working in the racing industry was all he had ever thought of after spending much of his youth trackside.

“I’ve been coming to car races since I was knee-high to a grasshopper,” said Tylor.

“I’ve got my own car I race locally, and I’m going to Tasmania soon to race which will mean I’ve raced in every state which is a nice goal to achieve.

“Doing what these guys do would be awesome. My goal is to travel to America and learn and work there, and then from there who knows.”

The group then got their strategy faces back on as they watched David Wood whiz around the circuit in the MTAQ car for qualifying.

Cheers of “Gun it!” and “Hold back to get position for a fast lap” could be heard as the group shared their thoughts on how David was going. The students appeared to be on the same wavelength as the MTAQ team, with the car coming home in 9th position after finding room to complete a few fast laps and get some good times in.

After a long, action packed day at the raceway, the students had a look of contentment as they boarded the bus to head back home.

It was evident that even after just one-week participating in the Certificate II vocational course that the students were already drawn to the idea of a career in the automotive industry, with many students already organising work experience placements.

While the Certificate II in automotive vocational preparation is only one step along the path to a career in the automotive industry, it is exciting to see so many enthusiastic individuals coming through the program and more importantly enjoying themselves.

It is only a matter of time before we see these students in the field completing apprenticeships and receiving further certifications. And who knows, maybe we’ll even see a few in the pits working with race cars one day, maybe even with the MTAQ Racing Team. 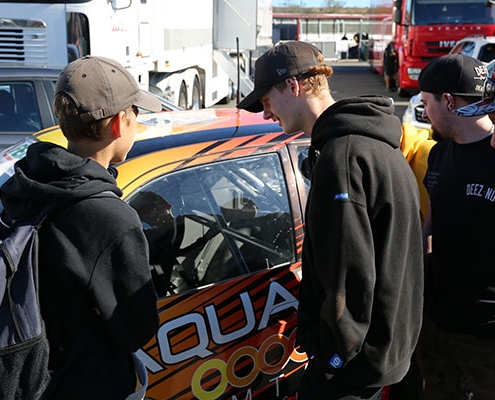 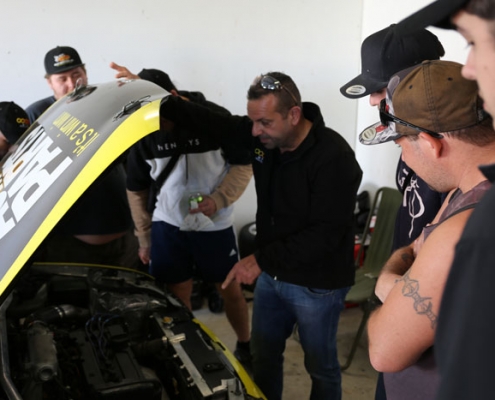 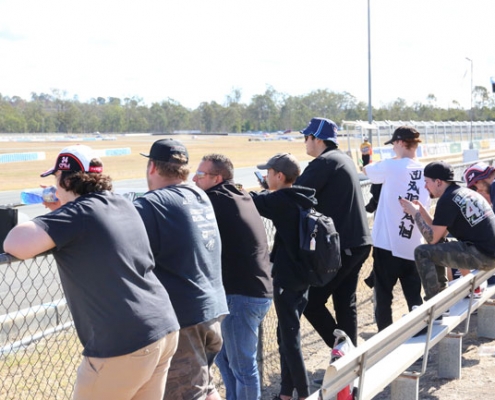 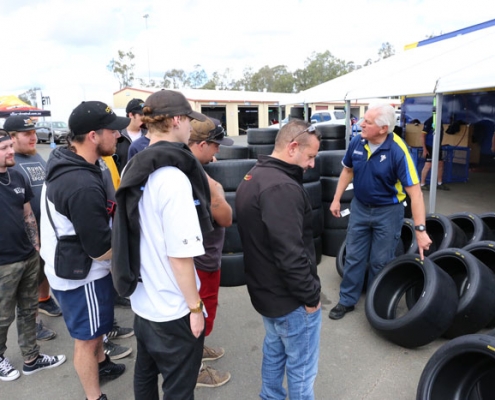 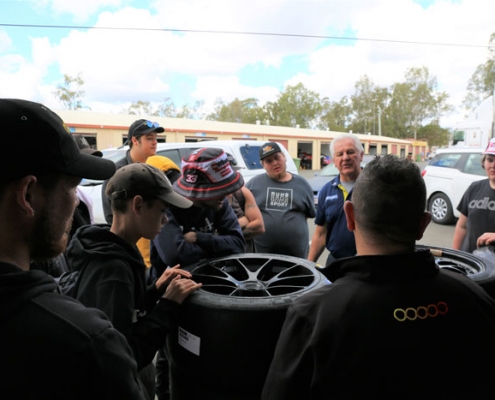 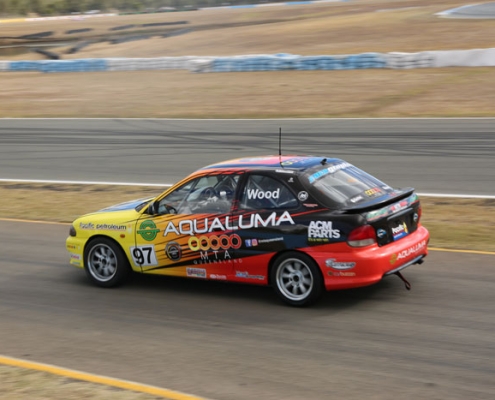