Much like all of the other trainers at MTA Institute, Ken has had a passion for all things automotive for as long as he can remember, with motorcycles particularly peaking his interest as a young boy.

Growing up on a farm on the Darling Downs west of Brisbane, Ken began riding motorcycles at just 3 or 4 years of aged and instantly found his passion. Not a day would go by where Ken couldn’t be found out riding around the farm on his motorcycle.

This passion stayed with Ken all throughout his childhood and by the time he reached his teenage years he had joined Motorcycling Australia, competing in junior motocross racing events at tracks around South-East Queensland. From there Ken would progress to supermotard and road racing through his early 20’s.

With a lifelong interest in motorcycles, it is not surprising that a career in automotive beckoned.

Starting out working part time on light vehicles and motorcycles after leaving school, Ken has spent the best part of the last 30 years working with motorcycles in different capacities, including the previous 10 at MTA Queensland.

When he’s not busy at work passing on his wisdom to the next generation of automotive professionals, Ken still enjoys working on and restoring old cars and particularly motorcycles. He also enjoys spending time with his family sitting back and relaxing on fishing and camping trips. 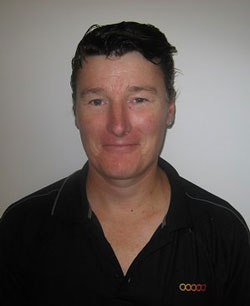 Processes implemented by the MTA Institute to stay safe through COVID-19 and...
Scroll to top