Elliott Lemmon is the MTA Institute Apprentice of the month for March.

The 19-year-old, third year light vehicle apprentice has been working at British vehicle specialist Greg Tunstall Mechanical in Ormiston since taking up his apprenticeship three years ago. And he has impressed with his passion and dedication both to the job and to his training. 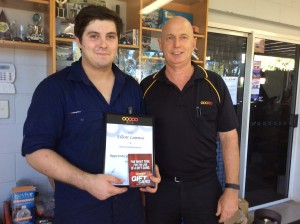 Elliott Lemmon Apprentice of the Month

“I’ve worked with Elliott since he signed-up for his apprenticeship and he is an excellent student,” said MTA Institute trainer James Dixon. “His attention to detail is brilliant, he lives and breathes car and is always willing to try something new. He will always put himself forward to help his peers in the workshop and faces new challenges head-on every day.”

Living and breathing cars is a spot-on description of Elliott. He has been tinkering with things mechanical since he was a child and that passion for anything on wheels has seen him experiment with his own cars, race karts, and become a member of the MTAQ Racing Team Support Crew – a position he is pleased to have secured.

“Career-wise I am interested in racing,” he said. “That’s why the MTAQ Racing Team project leapt out at me. Being a part of the support crew is a great extension to my apprenticeship and I can take what I learn during the experience back to the workshop.”

At work, Elliott helps to maintain and repair a mix of British cars. At home, he works on his Holden collection.

“We work on vehicles such as Land Rovers, MG’s, Jags and old Triumphs at the workshop,” he said. “I get to do a bit of everything and I like every aspect of both the job and the training. This is what I want to do, so doing the bookwork and the practical work is something I really enjoy.”

“I do have a few Holden’s at home, that’s true” he added. “I have a VZ SS, a WB and a VX. I have a VR manual Ute too, and on that one I built the motor and lowered the suspension. It is as quick as I can get it without turbo-charging it! I love playing on them in my own time. It’s a bit of an addiction!”

There is little doubt Elliott has a fine career ahead of him though rather that own a business, it is a career in motorsport that tempts him most.

“I would like to go abroad, have that experience, and see and enjoy the different ways people race overseas,” he said. “I’d like to see how they race in Europe and Japan and, at some point in the future, work on a race team. That would be great. 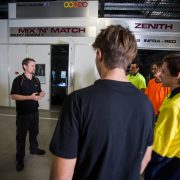 Nominate your apprentice for the MTA Institute Apprentice of the Month 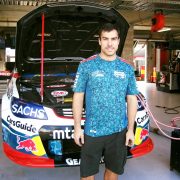 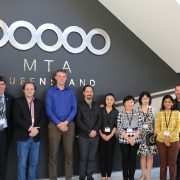 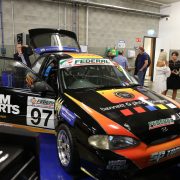 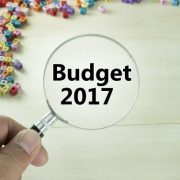 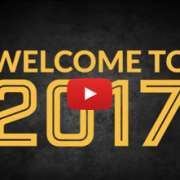