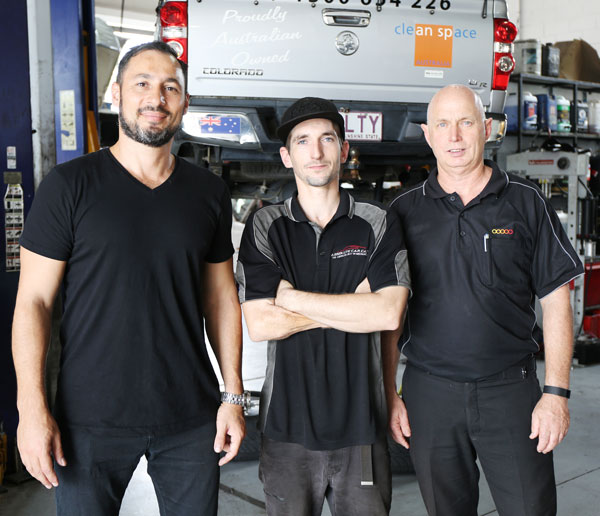 Luke Roxburgh has an incredible story. As the 2015 MTA Queensland Apprentice of the Year, Luke is someone that not only went above and beyond in his studies but also overcome enormous personal obstacles to get to where he is today, a trade qualified Light Vehicle Mechanic.

Now 33, there was a time when Luke thought finishing his apprenticeship would be impossible. At the age of just 17, and in his first year as an apprentice mechanic, he suffered dreadful injuries when he was hit by a train before being trapped beneath it after being dragged along the tracks. He was extremely fortunate to survive what happened that day, though he has been left with permanent physical impairments.

“I was trapped for about an hour-and-a-half and emergency services were considering removing my legs,” said Luke. “Fortunately, they were able to get me out. I was in a coma for a month and had skin, muscle and bone grafts but thanks to great doctors I was able to keep my arm and my legs.”

Luke subsequently spent eight months in hospital, another year wheelchair-bound, and had to teach himself to become left-handed.

His career as a mechanic appeared to be over before it had started. However, fast forward ten years and Luke picked up his apprenticeship once more after being offered work experience with Michael Georgas and his team at Absolute Car Care. And after two years of hard work and grit, that commitment resulted in the Apprentice of the Year Award – a result that gave Luke extra motivation to battle through and accomplish his dream of becoming a tradesperson.

More than four years have now passed since Luke stood on stage and was announced as the Apprentice of the Year; and in that time, he has experienced the unbelievable; he suffered another major accident, this time on a skateboard.

“I was travelling downhill on a skateboard at 40km/h and I came off fracturing my left ankle, knee and breaking a couple of ribs in the process. I’ve had to receive a number of additional surgeries with my most recent one being only a couple of weeks ago on my knee.

“In addition to this I’ve also had a surgery to straighten my toes as they started to curl over which was caused from my injuries when I was hit by the train; as well as surgery to replace the screws in my ankle which were becoming worn”.

Luke’s resilience is incredible, and despite dealing with more than anyone should ever have to deal with, Luke never lost sight of his goal and recently celebrating the graduation of his Light Vehicle Mechanical Apprenticeship at the February 2020 Graduation Ceremony. 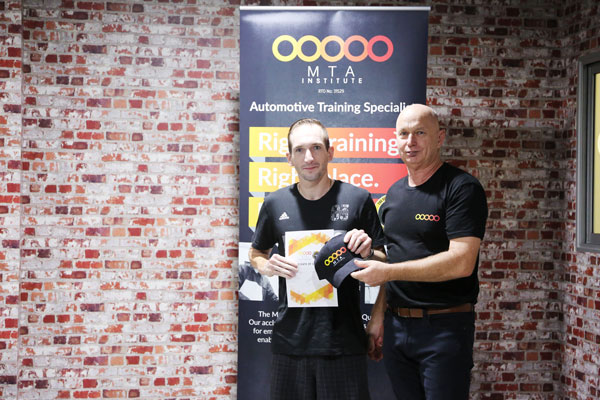 “It hasn’t sunk in yet,” Luke said. “It’s what I’ve been working towards for six years and it’s the hardest thing I’ve ever had to do. I’m so happy to have finally made it.”

James Dixon, Luke’s trainer said, “He never lost sight of his goal. Not once. I often use Luke as inspiration when I meet apprentices and discover that, for whatever reason, they’ve lost their drive, enthusiasm or just have decided to give up on their studies. I tell them Luke’s story and explain to them how determined and dedicated he is. It makes them re-evaluate their situation and put it into context.”

“Luke is an excellent role model. As his trainer, it is so rewarding to see him finish and to stand up at the MTA Institute Graduation Ceremony and accept his well-deserved and well-earned qualification. I couldn’t be happier for him.”

Looking forward, one thing is clear to Luke, he loves the industry and wants to stay in it.

“I’m thrilled to now be a qualified mechanic, but it’s painful for me to be on my feet all day so a long-term career as a mechanic would be difficult. I’d like to secure a parts-interpreter apprenticeship which would allow me to use my practical knowledge whilst remaining in the automotive industry – something that I’m really keen to do.”

“Luke’s determination and drive will see him succeed at whatever he puts his mind to,” said James. “He’s mechanical knowledge and practical skills will see him make a fantastic Parts-Interpreter and I look forward to watching him succeed at that as well”.