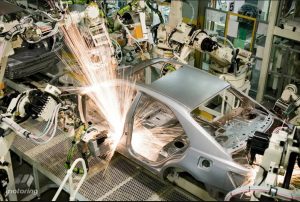 The Australian automotive industry has changed. Last month we saw the closure of the iconic Australian Toyota and Holden factories which signifies the end of mass car manufacturing in Australia. Toyota has been Australia’s most prolific car manufacturer over the last decade, building and exporting more cars than Holden and Ford combined.

Amongst these cars was the Toyota Hybrid Camry. The most technologically advanced car to be built and produced in Australia. I have recently taken delivery of a new Camry XV50 series model which was the last of the hybrid Camry models built in the country. Whilst the features may have improved, the fundamentals of the model remain the same with the P310 transmission remaining consistent throughout the history of the series.

Although Artificial Intelligence (AI) and electric vehicles continue to become more advanced, the hybrid Camry was the only hybrid vehicle built in Australia to have luxuries such as radar cruise control, lane wander warning and wireless phone charging. Neither Ford nor Holden could add this technology to their production lines before their operations ceased.

Even though mass manufacturing of cars has concluded in Australia, the Toyota hybrid along with many other current and upcoming hybrid/electric vehicle models live on. These models will thrive in the new automotive world with 80% of on-road vehicles estimated to be H/EV by 2020. Along with this onslaught of new vehicles will come the supporting infrastructure such as plug in charging stations and wireless charging (where the vehicle parks over a charging pad).

What’s Happening at the MTA Institute

our students. This is evident through our Mazda MX5 which is currently being transformed from a petrol to an electric vehicle, our Tesla roadster and our approach to HEV training and courses.

The MTA Institute is installing two electric charging stations which further reinforces our commitment to the new world of EVs.

With 2020 being a significant date, it is inevitable that automotive training needs to change now, transforming to include compulsory electrical units, as the mechanics of an engine become completely different.

It is my personal vision to have MTA Institute recognised as a leader in Australia for HEV/EV training and my first point of call will be to have the advanced HEV course include a certified test, ensuring students leave with a government recognised certificate of competence.

Upcoming courses can be viewed here.

What’s Happening Around the Globe?

Humans will be replaced as the decision makers behind the wheel of a car. The ability to sense may be substituted by a suite of sensors that not only replace, but also augment, our current capability to allow for driving in all types of weather and in all environments. The advent of Advanced Driver Assist Systems (ADAS) will revolutionize how we travel and transport goods by road and it has promise to do so while improving safety. Read More Here

Vehicles with petrol or diesel engines will be banned from Paris from 2030 under an anti-pollution plan tabled yesterday. Read More Here

Australia has been labelled a “laggard” in the global move toward electric vehicles by progressive think-tank Australia Institute. Read More Here 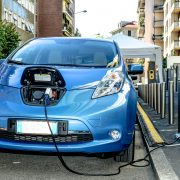 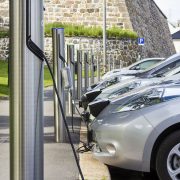 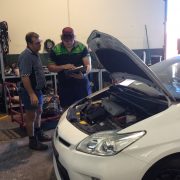 Are you a licensed motor dealer? Your obligations don’t stop when you...
Scroll to top