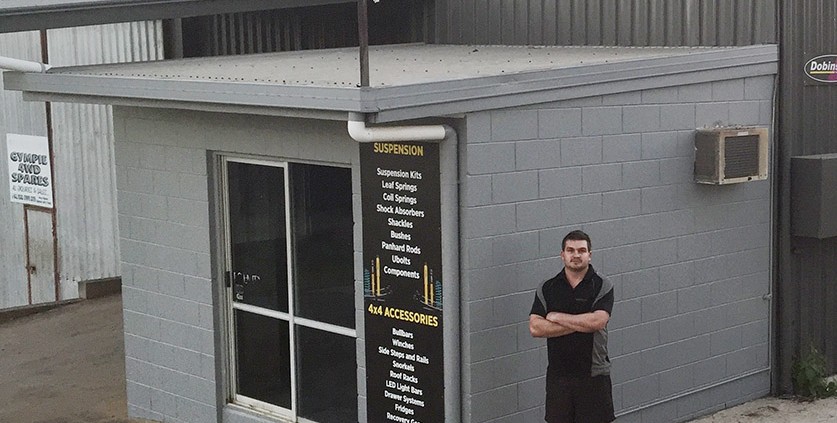 Jed Sheridan of Diesel Performance and Mechanical in Gympie exemplifies all that is promising about the next generation of automotive industry professionals. Articulate, digitally savvy, technically gifted and ambitious, the MTA Institute graduate, at just 24 years of age, already operates his own workshop — built from the ground up on the foundations of his hard work and dedication.

There’s been a lot of debate about the perceived lax work ethic of members of ‘Generation Y’, often referred to as ‘Generation Now’. For those out of the millennial lingo loop, ‘Generation Now’ refers to today’s young ‘self-empowered, digitally connected and self-confident rule-breakers’ who, thanks to the internet, expect everything handed to them on-demand.

Jed Sheridan, however, is challenging this stereotype. He has spent the past few years with his eyes on the self-employment prize, learning and perfecting his trade with reputable employers in some of the most isolated parts of the country.

Originally from a small mining town in South Australia, Jed was exposed to diesel mechanics by his tradesman father at an early age and commenced his Certificate III in Automotive Mechanical Technology apprenticeship straight after graduating high school.

After moving to central Queensland in search of new opportunity, he worked for a number of workshops and, like many of his peers living in the region, did a stint working in the coal mines to complete part of his apprenticeship.

It was the mining industry and his passion for diesel mechanics and electrics that enabled Jed to establish some serious connections and he eventually secured a contracting gig with Hancock Prospecting’s Roy Hill mine in the Pilbara. Returning with a wealth of technical knowledge, he decided to strike out on his own and establish Diesel Performance and Mechanical.

“Work just started flowing in when I got back from Roy Hill,” he said. “I had a lot of people asking me to work on their 4WD’s and I spent six months doing mobile work whilst deciding where to set up my workshop in Gympie. When I bit the bullet, I trusted my instincts, took a gamble and assumed all the risk myself, and never looked back.”

Jed credits his recent success in part to the training he received from MTA Institute trainer Terry Palfrey, saying the one-on-one mentorship was of immense value.

“Terry had come straight out of the garage as a mechanic, went straight into training, and really knows his stuff. We got along straight away,” he said.

Already investing in new equipment such as a hoist and  planning  to purchase a dyno, Jed said he is in the process of signing a lease for an adjacent workshop as he expands his in-demand business.

“I’m looking to take someone on over the coming months, but I’m still working out whether it’s going to be a parts person in the office or an apprentice,” he said. “Eventually, we will offer more performance and modification work, including diagnostics, because that’s where the industry is heading. We’re going to see a lot more electric vehicles and alternative fuels come into the picture soon.”

To have established a business and be so successful at such a young age shows a remarkable amount of maturity and confidence, traits that Jed’s former trainer Terry Palfrey saw in him early in his apprenticeship.

“I knew from day one that starting his own business was the right way for Jed,” said Terry. “He’s courteous, has a great attitude, excellent workmanship, and he will go far.”

From the desk of the CEO
Scroll to top