Michael Morgan is the MTA Institute Apprentice of the Month for February.

The 22-year-old, third-year motorcycle apprentice has been working at the Morgan Motors motorcycle dealership in Emerald for nearly 12 months, with his father, and Morgan Motors owner, Dean Morgan, and MTA Institute trainer Peter Jaensch overseeing his training.

Having already completed a diesel fitting apprenticeship, Michael has, thanks to recognition of prior learning, been able to progress rapidly through his new qualification. His prior experience means he knows what is expected of him on both the theory and practical side of his training.

“Michael always has his theory book work done well in advance, his practical demonstrations are always well presented and accurate, and his answers to the oral questions show his depth of knowledge and understanding,” said Peter, Michael’s trainer. “Michael is passionate in his own quiet way about his job and it shows in the quality of his work.”

Having grown up around motorcycles, Michael said it was a great to be working on them and there was plenty to learn about his new craft.

“I enjoy working on the rebuilds of race engines – high-performance stuff where every little bit counts,” he said. “I have also found race suspension interesting – how it works with the adjustments and so on. A lot of people think they know what is going on but it is complicated.”

While Michael now works for the family business it was not always certain he would end up there. His diesel fitting apprenticeship meant he gained valuable work experience with other firms and across other disciplines – an experience he is grateful to have had.

“My parents didn’t want me to work for them straight from school,” he said. “You probably don’t get as much exposure of the real world if you do that, so I did work experience for other companies and did my diesel fitting apprenticeship with a large transport firm.

“I tried to venture down some different avenues to learn more but didn’t really get anywhere with that, so when my parents asked if I would come and work for them it was a new opportunity and I took it.”

Michael now works with his father, another apprentice and a trade assistant in the workshop and it is, he said, a great place to work. It is also likely to be where he spends a good deal of his career – future ownership of the business is a possibility.

“We’ve just completed an update of the workshop – extending the shed and putting in a new hoist – and it is pretty nice,” he said. “And with my parents looking to semi-retire and my sister running the spare parts department, it is likely that. eventually, my sister and I will run the business.

“It will definitely keep me busy, that’s for sure.” 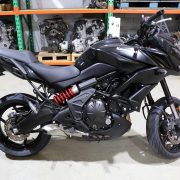 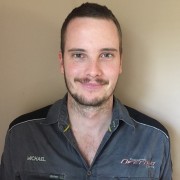 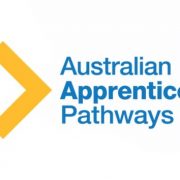 March 2017 Apprentice of the Month – Elliott Lemmon
Scroll to top