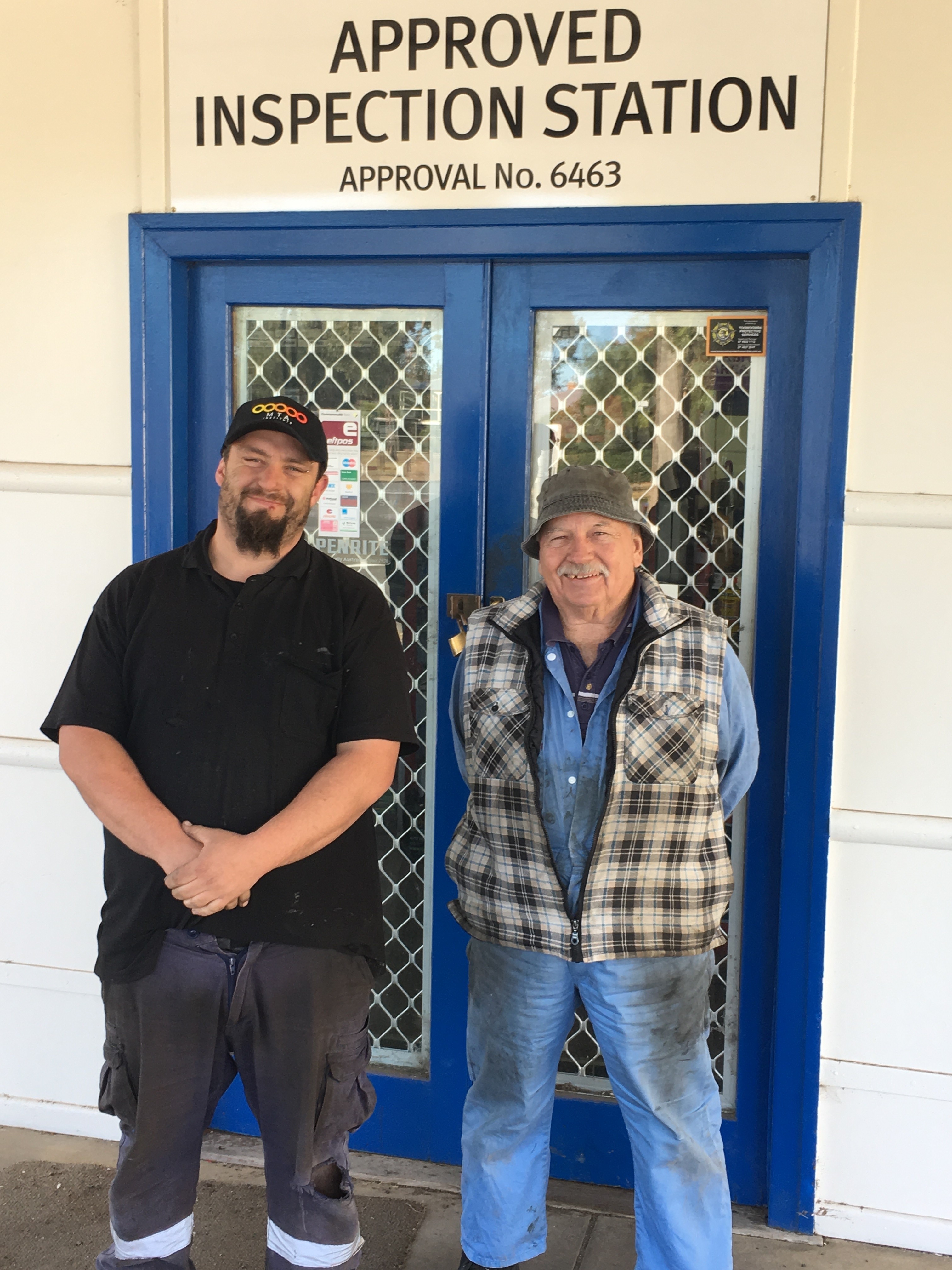 Doug with his employer Bill

There is much to celebrate at the end of an automotive apprenticeship. It’s an immense achievement that requires four (or more) years of dedication to theory and practical education, hard work and often long and tiring hours.

The challenges that come with completing an automotive apprenticeship is something that makes the end result that much sweeter. But, when you have the added challenge of being a mature-aged student from a remote Queensland town, the achievement is quite remarkable.

Doug Hayes from Central Garage Cambooya, is this remarkable student.

“I’ve been working with Bill Hyder, the owner of Central Garage Cambooya for over 11 years,” said Doug.

“Four years ago, he offered to put me through my apprenticeship and despite some of the challenges I knew I’d face, I had his support, so I decided to give it a go. I wasn’t very confident in the beginning; I’ve never been real good with reading or writing, so I struggled a bit with the books, but once I got stuck in I began to find my way.”

Doug was supported throughout his apprenticeship by MTA Institute Senior Trainer, Zak Zuiderduin who trains students in the Darling Downs region.

“I have to take my hat off to Zak. He really knows what he’s doing and quite honestly he was my rock throughout the apprenticeship. I struggled with school a bit, so it was a pretty big shock to the system to have to do the theory work after being out of school for so long; but Zak helped me a hell of a lot and from the very beginning he gave me a clear plan on the structure of the apprenticeship and how I was going to get through it,” said Doug.

Although Doug might have had some reservations about the theory side of things, having worked at Central Garage Cambooya for such a stretch of time before beginning his apprenticeship meant his technical skills were quite advanced.

“It was a real pleasure to guide Doug through his apprenticeship, watch his confidence grow, and see him to the end of his qualification. Doug went into his apprenticeship with a fantastic amount of technical knowledge having been on the tools for over seven years prior to beginning his qualification. Because of this, it was very important to put additional focus on the theory in order to complete the circle of knowledge whilst refreshing and ensuring all prior technical skills were correct. The end result is that Doug is now a very skilled, qualified technician,” said Zak.

Doug said, “I’m the only one in the family with a trade. It’s definitely been a real achievement and I couldn’t have down it without Zak’s support. I highly recommend him.”

A Personal Insight Into Electric Vehicles in the UK – Paul Tugwell