Not everyone can say they’ve been in the engine bay working on a V8 Supercar. But the same can’t be said about Dane Turnbull who is completing a two-week work experience placement with Triple Eight Race Engineering. 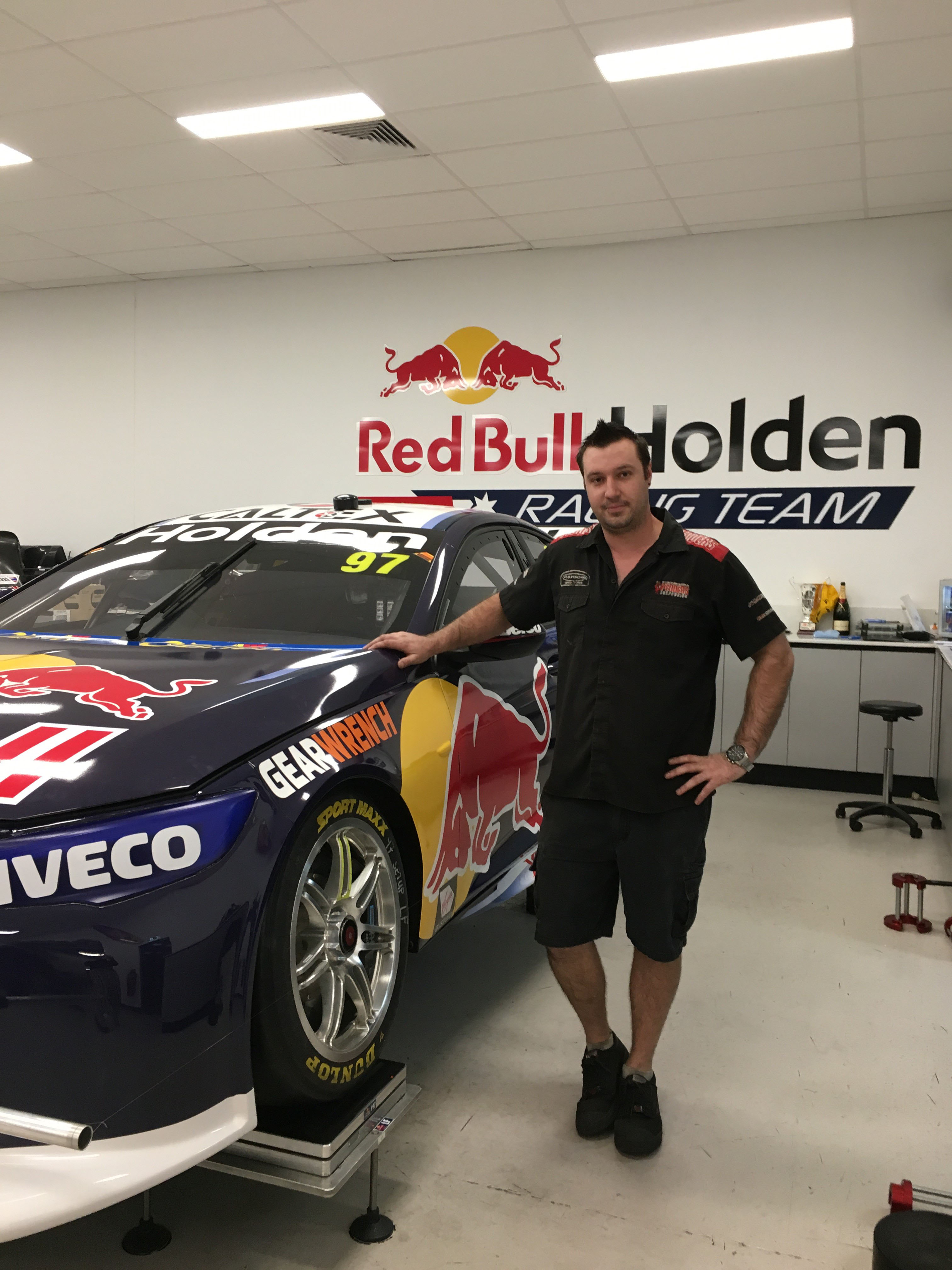 So, for two weeks Dane has found himself in the midst of the Triple Eight Race Engineering workshop; a buzzing hive of activity where the excitement combined with an incredibly high level of productivity creates a palpable vibe that is very easy to get caught up in. And it certainly isn’t lost on Dane.

“The vibe at Triple Eight Race Engineering compared to my normal mechanical workshop is like comparing apples to oranges. They’re completely different.

“Both are very busy, but my usual focus is on getting multiple cars out per day, whereas here the focus is ensuring that each car is perfect and prepared to the highest standard so it’s ready to go for the next race meet.

“It’s exciting, it’s overwhelming and just seeing the team here strip the cars to nothing and completely rebuild them over a day or two is a huge spinout. The team are so focused and disciplined. You blink your eyes, and everything is done.

“I’ve been trying to help as much as possible without getting in the way; but the amount of work that goes into the cars between each race meet is something that can’t be believed until you see it with your own eyes. Even down to the presentation; everything is done meticulously in preparation and it’s unbelievable to say I’ve had a part in it.”

Although the work placement will only go for two weeks, the skill and experience Dane has picked up will be implemented in his future work both professionally and personally.

“I’m really excited for next week when the cars have gone,” said Dane. “The workshop will be a bit quieter and I’m hoping to get a bit more hands on in the fabrication shop and try and hone my skills with some of the best in business.

“Triple Eight Race Engineering is a pretty inspirational place to be and I’m already coming up with plenty of ideas on how I’d like to implement what I’ve learnt here into my VT Commodore, turbocharged ecotec v6 which I’m building at home.”

So, the question came as to whether racing was a career that Dane aspired to be a part of.

“I think everyone working with cars has that secret desire to work in racing and after seeing it firsthand I take my hat off to the guys here. They put in a huge amount of work and hours which is reflected in the standard of the vehicles. It’s so different to a normal retail mechanical job of nine to five and I think that would be the hardest part of all. But the passion is there for sure.

“For those that get this amazing and rare opportunity to work at Triple Eight Race Engineering, I think the biggest thing is to have an open mind so you can absorb everything. Ask questions and speak to everyone you can. The team are really friendly, so your best bet is to just be a sponge and suck up as much information, advice and new skills that you can. It is a once in a lifetime opportunity.”

Ford’s Mustang to muscle in on
Scroll to top