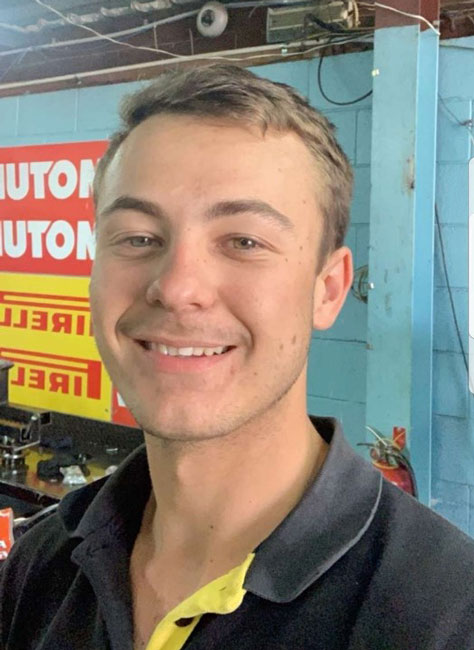 Corey Condon is the MTA Institute Apprentice of the Month for September 2019.

The 20-year-old recently completed his Motorcycle Mechanical Technology apprenticeship after just three years of training and works as a tradesman at Kickstart Motorcycles in Wulkuraka, near Brisbane.

Passionate about the motorcycle industry, Corey proved himself to be an exceptionally hard worker who, according to both his employer and his MTA Institute trainer Ken Rahley, has a great attitude, loves to learn and always puts in the hard yards.

Having a passion for bikes from an early age – he started riding at the age of five – definitely helped Corey decide that the motorcycle mechanic trade was a career he wished to pursue and he approached Kickstart Motorcycles when he was just 16 in search of a position with the company.

Kickstart offers bike servicing and dyno tuning and Corey said he wouldn’t take no for an answer when trying to secure employment there.

“I pretty much became a massive pest until they gave me a job!” he said. “When I was taken on, I spent a while doing general housekeeping stuff – basic work like sweeping up, some maintenance, helping customers, that sort of thing.”

Six months later, Corey signed on for an apprenticeship and he hasn’t looked back, enjoying every aspect of the training and the work and completing his training in just a little over three years.

“It has been really good,” he said. “We work on pretty much anything, although we do quite a lot of dirt bike stuff, which is great. And training with the MTA Institute worked out really well. My trainer, Ken, is a great teacher and training on site at the workshop was really handy.”

While Corey is clearly a motorcycle enthusiast – he also owns a Kawasaki Z750 and a KTM 250 – like many young people in the automotive trades he can see the value in continuing to learn and train in other disciplines.

“I am interested in anything with a motor and wheels really,” he said. “And I am thinking about doing another trade, perhaps diesel fitting. It’s another area that interests me. It’s important to keep training and there’s always room to learn.”

Employers are winning when appointing an apprentice
Scroll to top