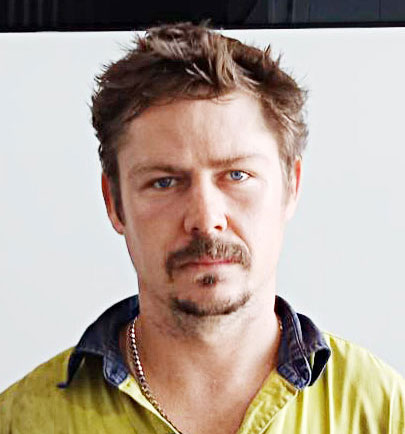 Nat Keene is the Apprentice of the Month for October.

The 26-year-old recently completed his Heavy Commercial Vehicle apprenticeship and works for ABC Sales and Maintenance in Cairns, part of the CaPTA (Cairns and Port Trips and Attractions) business, a major tourism company in north Queensland that includes, amongst other concerns, Tropic Wings Tour and Charters.

Showing bags of enthusiasm to learn as much as possible during his training, Nat impressed his MTA Institute trainer Scott Buckley with his talent.
“Nat’s ability to absorb information and knowledge is excellent,” said Scott. “He is a quiet achiever, asks questions when necessary, and demonstrates real eagerness to know more. His workbook projects were of a very high quality.”

Although he has always been interested in cars, Nat took an unusual route to his apprenticeship. He worked a number of jobs before realising that the automotive trade was where he belonged, at which point he took a technician’s assistant (TA) role at ABC Sales and Maintenance.

“I was doing a lot of different things, jumping around to see what I wanted to do,” said Nat. “However, I have always been into cars and one of mates who was working here at ABC was able to get me the job as a TA. I worked hard and after a while they offered me the apprenticeship.

“And the training went really well. I was with the MTA Institute the whole time and the face-to-face aspect of the training was great – Scott’s a pretty good teacher!”

Hard work is something Nat is used to, and it certainly helps at ABC Sales and Maintenance. The small workshop team look after a large fleet of coaches and other vehicles that come in to the shop from a number of businesses.

“We do servicing, suspension, electrical – pretty much everything,” said Nat. “The days are always full. There’s no slacking off around here!”

With his apprenticeship complete and his ticket earned, Nat said he aimed to remain with ABC for a good while before perhaps taking on other opportunities to see where his career might lead.

“I may head out to the mines. I hear the money is pretty good,” he said with a laugh. “I’d like to head out there eventually and see what it’s about.”

Apprentice of the Month, November 2019, Daniel O’Dea
Scroll to top