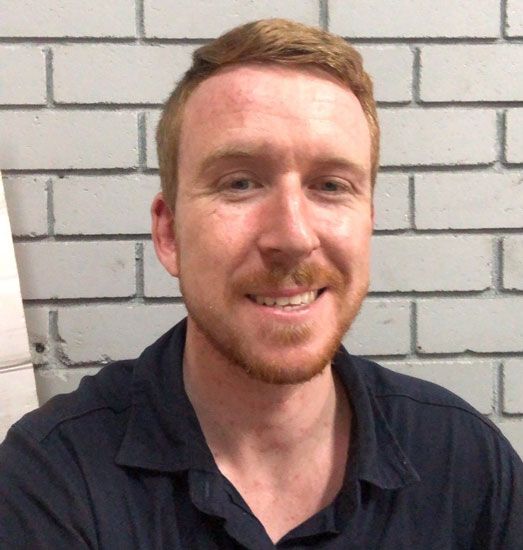 Daniel O’Dea is the Apprentice of the Month for November.

The 26-year-old light vehicle apprentice works at Rolin Mechanical in Brisbane, is in his fourth year of training, and is looking to complete his apprenticeship sometime toward the end of 2020.

Reaching this point has been a long road for Daniel. He first started his apprenticeship with MTA Institute when he was 19 but, after completing three years of the course, he was unable to complete his training at that time. After three years away from the industry, he made his return in January 2019, finding a position with Rolin Mechanical, a business run by husband and wife team Robert and Linda Clacher. Since then, he has impressed both employer and trainer with his passion for the work.

“Daniel has become a great apprentice, both with the work he is doing in the workshop and in completing the required workload with MTA Institute. He does both to an incredibly high standard,” said Steve Hudspith, Daniel’s MTA Institute trainer. “His work ethic is second to none.”

A fan of MTA Institute’s training program, Daniel said he had no qualms in requesting to restart his apprenticeship with the Institute on his return to the industry.

“I was training with you guys the first time around, and the one-on-one training really works,” he said. “When I restarted this year, I wanted to come back to the MTA Institute.”

As the son of a mechanic who became the owner of a dealership, Daniel was brought up around cars and has been tinkering and working on them since he was a child. Little wonder then that a career in the industry would be where he would end up.

“I’ve been around cars my whole life,” he said. “Working on them is what I love doing and I can’t imagine doing anything else. I come to work and really enjoy it and I never think of it as a job really.”

With less than a year to go until he qualifies, Daniel is pondering where his career might lead. A fan of performance cars – he is currently upgrading a Mark III Supra – a move into that sector at some point down the track looks like a good bet.

“Working in performance side of the industry is definitely something I’d like to pursue,” he said. “I have always been interested in that area and maybe I can do that and run my own business someday.”