Casey Steel is the MTA Institute Apprentice of the Month for November 2018.

The 20-year-old, light vehicle apprentice has been working at Dean’s Performance Autos in Manunda, Far North Queensland for three years and he is, according to his trainer Scott Buckley, flying ahead with his training and achieving all his goals thanks to an outstanding commitment to his work and his willingness to learn and understand all he can about the light vehicle trade. 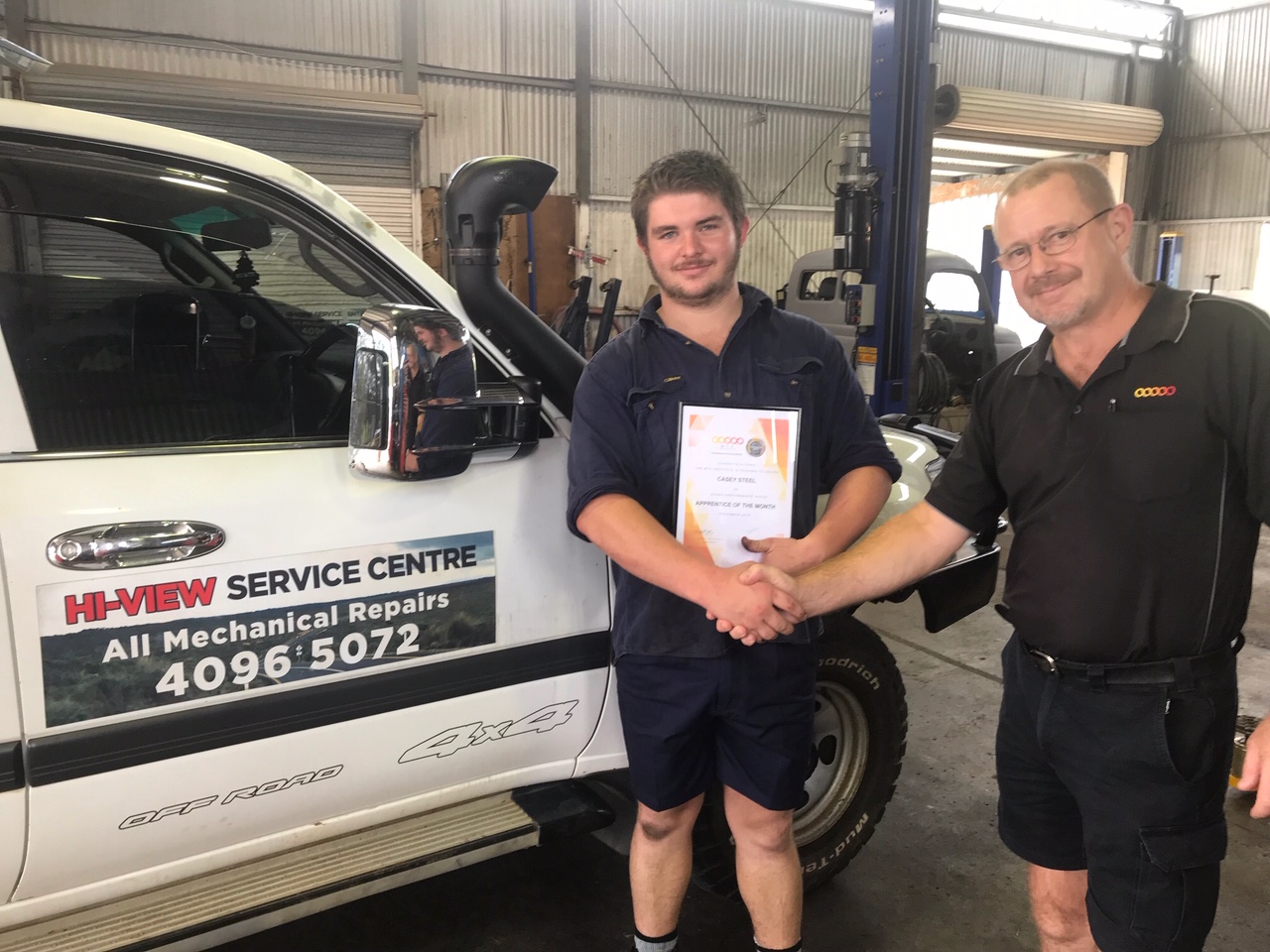 And Casey has plenty of opportunity to learn alot. The Dean’s Performance Autos team work on a wide variety of vehicles, including older generation vehicles, and that has exposed Casey to just about every aspect of light vehicle work.

“We really do work on everything,” he said. “We do suspensions, engine rebuilds, gearbox rebuilds, diff rebuilds, electrical work – a bit of everything – and it it has been very good for me, having
that variety of work. We also go out on site and work on light tractors and things like that too.”

Like many young auto apprentices, Casey got the bug for cars from working with his dad, although he did flirt for a time at working in a completely different trade.

“Dad’s a Jack of all trades and he’d always have an old Kingswood or HiLux in the shed and be working on that,” said Casey. “But when I finished school, I moved down to Cairns and got the first apprenticeship I could get which was in cabinet-making. However, after about a year, I came back home, and worked for Dean for about six months before scoring the apprenticeship.”

With the completion of his trade not far off, Casey said he would like to stay on with Dean’s Performance Auto and, perhaps, expand his training to incorporate other areas of the auto trades.

“I would like, perhaps, to do some further training, maybe in diesel or another area,” he said. “I’d like to look at furthering my skills.”