Apprentice of the Month, May 2019, Reece Haslam

Reece Haslam is the MTA Institute Apprentice of the Month for May 2019. 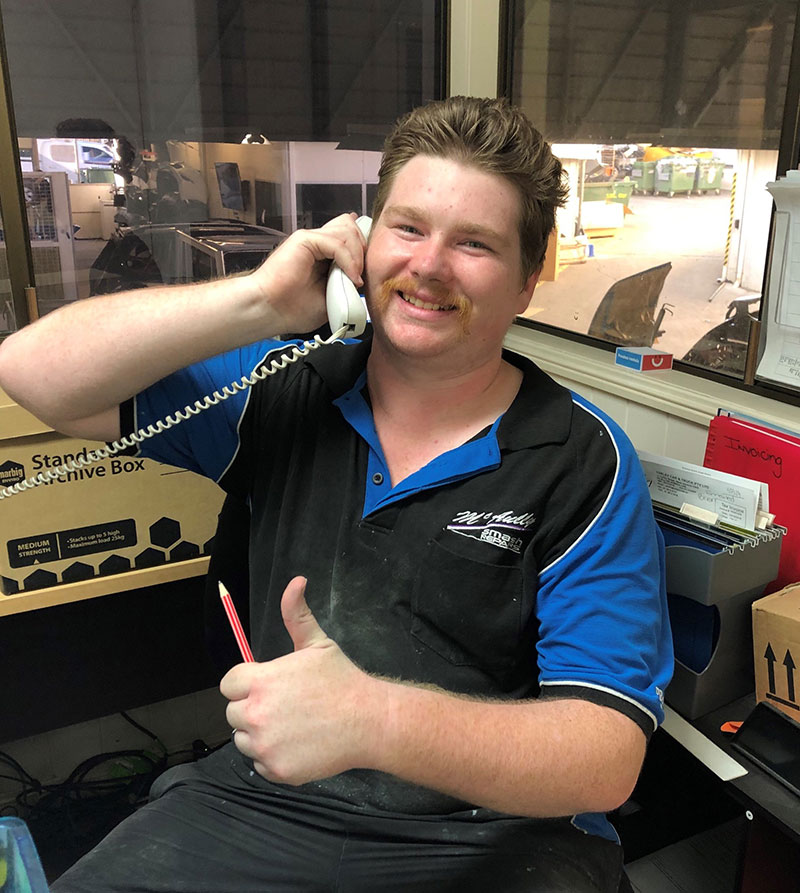 The 24-year-old, refinishing technology apprentice is in his third year of training and is excelling at his work.

Consistency and enthusiasm have marked him as a standout apprentice and according to Sam Quin, Reece’s MTA Institute trainer, he has talent to spare.

“Reece recently attempted his first refinish of a pearl and I was absolutely blown away by the result,” said Sam. “He has shown so much talent.”

Reece took an unusual route to his refinishing apprenticeship, having already been a chef for some years after completing an apprenticeship in the culinary arts.

Moving from the kitchen to the spray booth might seem like a leap, but Reece has always been a car enthusiast. In fact, he has been involved in drifting for years and now races a 200SX S14 in the pursuit of those speed thrills.

Moving on from the food industry, he scored an apprenticeship with McAullys three years ago and started in panel repair before quickly switching to his preferred area of paint. And after starting on priming, and then prep, Reece is now doing just about every job going and enjoying every moment, including the onsite training delivered by the MTA Institute.

“We do solids, candies, pearls, metallics, all of them,” he says. “It’s so much fun and I get a lot of satisfaction from seeing the finished job. As for the training, it works well that Sam comes out to McAullys.

“In my last apprenticeship, the training was crammed and you could forget half the things you’d been taught, but this way is like a gentle flow and it sticks with you. I like it.”

With perhaps a year left before he qualifies, Reece says he hasn’t looked too far beyond finishing his apprenticeship, but would like to stay on with McAullys Smash.

“McAullys has been around a long time and is probably the leading smah repair business in the area. And they’re great to work for. I’d like to think I can stay on here for a while.”