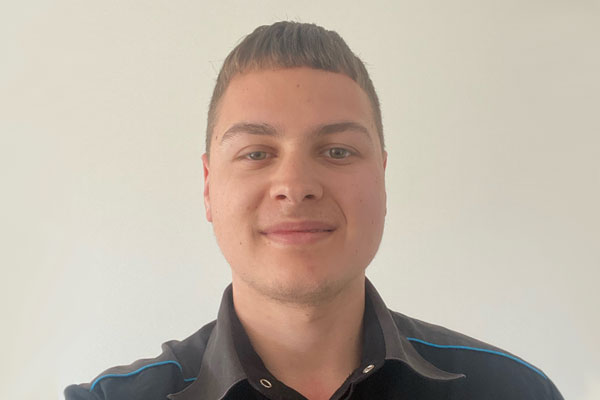 Dion Brown is the MTA Institute Apprentice of the Month for July 2021.

The 22-year-old is in the fourth year of his light vehicle apprenticeship and has been working at Toowong Mazda for the entirety of his training, starting work with the company in 2016.

During that time Dion has impressed with his efforts during training and has become a highly valued member of the Toowong Mazda team.

“Dion has been a great student,” said Keith Minchin, Dion’s MTA Institute trainer. “He gets along very well with his colleagues and is always willing to lend a hand wherever it’s needed. He’s a very approachable guy and others tend to gravitate towards him if they need any help in the workshop.”

Dion had always been interested in cars but having a career in the industry was not, initially at least, something to which he had given much thought.

“My dad used to work on cars on the weekend, so I was always interested,” he said. “But I didn’t really know what I wanted to do after school. However, I was working on my own car a lot and really enjoyed it, so I thought perhaps I should pursue it.

“I finished school in 2016 and my friend had a job as a car washer at Toowong Mazda. He got moved up to being an apprentice and he asked if I wanted the job as a washer, which I took. Then, in September of 2017, they said I was doing a good job and was a hard worker and offered me an apprenticeship.”

Four years in the Toowong Mazda workshop has seen Dion work on just about every aspect of the mechanic’s role, although he particularly enjoys the more technical aspects of the job.

“I do like working on engines and doing the diagnostic work,” he said. “I don’t mind doing services, but I’d rather think about what is happening and try to figure out what a problem is and how to fix it. I do enjoy that.”

Given the complexity of modern cars, and the approaching era of electric and hybrid vehicles, the diagnostic and problem-solving skills he has learned and wants to develop further will be extremely useful. Fortunately, Mazda appears to be well-prepared to upskill its technicians.

“The cars are very complicated these days,” said Dion. “There are so many new things appearing every year – all new computers and new software and so on that you have to use.

“We have our first EV coming out very soon and our foreman, who has already had the training, is now going through that with us and we are also soon to be doing some auto-electrical qualifications too. I believe that is a 12-month course for us to learn more about electrics and diagnostics, and make sure we are all up to date on that.”

With the end of his light vehicle training now approaching Dion is, like many young and enthusiastic apprentices, aware that the changing technology of the industry means that learning and upskilling will likely be a constant in his career, and that working for an innovative company such as Mazda – and with a team such as the one assembled at Toowong – makes it a great place to launch his career.

“Working here has been great, and I have thought about the future a little,” he said. “I wouldn’t mind trying to become a Master Technician at Mazda, doing more in-depth training on their vehicles and their technology, and taking that extra step to learn even more and see how far I can go.”

Nominations open for 2021 Ulysses Club “Motorcycle Apprentice of the Year”...