Dusty Austin is the MTA Institute Apprentice of the Month for December 2018. 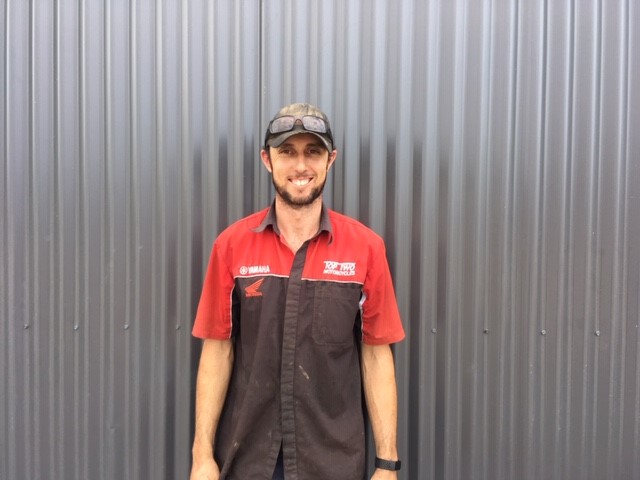 The 29-year-old has been working at Top Two Motorcycles in Warwick for the past three years and actually completed his motorcycle mechanical technology apprenticeship back in November. He managed to qualify in in super-quick time – less than three years – and that can be put down to him being a skilled and concientious worker who wanted to get the job done.

“Dusty started his apprenticeship in March 2016 as a mature-age apprentice and his progression has been remarkable,” said Zak Zuiderduin, his MTA Institute trainer. “His passion for the trade is at the highest level, he is always willing to learn more, and he has great respect for all around him.”

A motorcycle enthusiast who has been riding since he was a child, Dusty worked as a farmhand for a few years after graduating from high school before being offered the apprenticeship at Top Two Motorcycles – a Honda and Yamaha dealership. And while he has squeezed plenty of training into his three years, there is, he said, more to be done before he looks at where his future might lead.

“I will look to learn more,” he said.

“We have the opportunity to take the Honda and Yamaha dealership training – I am Level One Honda certified at the moment – so I’ll take advantage of that. I’ll be taking the opportunities as they come.”